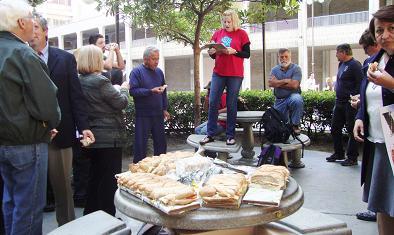 Unless otherwise noted, we meet daily as follows: Personal Items Seized by Police at OSD
Some local news outlets have reported that the police have impounded any "items of value" and will hold them for 90 days.
Items will be tagged and ready within a day or two. 80 items have been saved, the rest considered "trash"
To claim:

SEND THIS LINK AND TELL OTHERS TO SUBSCRIBE: http://lists.citizensoversight.org/mailman/listinfo/occupysd If you have: SEND TO: osd-feedback@citizensoversight.org (Media Committee Member)
and we'll work to get that information included in this daily update. DISCLAIMER! Although we will do our best to make sure this list of events is accurate, changes may occur frequently! Please check your email daily to make sure and also the various web sites.