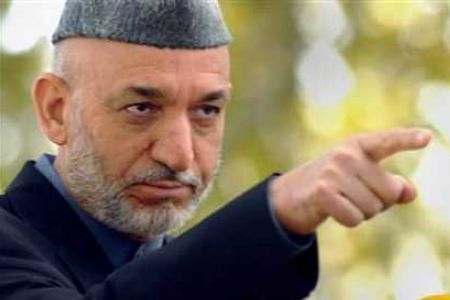 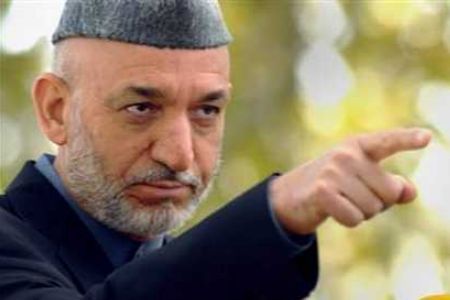 Afghan President Hamid Karzai has called on the United States and its allies to stop supporting private security companies, saying the activities of these firms aggravate the country's problems. Karzai made the remarks in Kabul on Saturday during a visit to the Afghan Civil Service Institute, which is training thousands of civil servants in the capital and across the nation to bolster the capacity of the Afghan government, AP reported. “To help strengthen the Afghan government, the US and NATO should eliminate private security companies,” Karzai said, adding that their presence is "intolerable" since they have created a security structure that undermines the police and the army. "Afghan or foreign companies, there are some 30,000 to 40,000 people in these security companies," he noted. "They have created security problems for us, whoever is working in these private security companies, they are not working for the benefit of Afghan national interests… If they really want to be at the service of Afghans, they should join the Afghan National Police," Karzai added. "Very urgently and seriously we want... the foreigners to stop creating private security companies," the Afghan president said, adding, "we cannot tolerate these companies, which are like a parallel structure with our forces. We cannot have police, army and — at the same time — another force as private security companies." Kabul has confirmed the presence of 52 foreign private security companies in Afghanistan, including the notorious US security firm Xe Services LLC — formerly known as Blackwater. Private security guards are operating in the country with absolutely no supervision by the Afghan government. Karzai had earlier accused foreign security contractors of operating like militias, saying that the firms are only worsening the security situation in Afghanistan. Most of the security contractors are believed to have close ties with Afghan warlords and have been accused of being partly responsible for the rise in civilian casualties in the country. In the June 4 edition of The Wall Street Journal, it was reported that Xe's most recent government contract tasked the group with protecting CIA bases in Afghanistan. The report was confirmed at the end of June by Central Intelligence Agency Director Leon Panetta during a TV interview, the newspaper wrote. Blackwater/Xe mercs were hated by the Iraqis during their time in that country because they were able to kill many civilians with impunity. Over the past few months, public opinion has been turning against the war in the United States and other countries, and thus US President Barack Obama's upbeat assessments about progress in the Afghan war will probably not go down well at home or abroad. The death toll for US service members stationed in Afghanistan reached 66 for the month of July 2010, making it the deadliest month for US troops deployed in the Central Asian nation since the conflict began in October 2001. AS/HGL