The new agreement covering the U.S. military presence in Iraq, which appears to end immunity from local law for private security contractors, could affect companies the U.S. is likely to rely on as it reduces its forces there. The broad deal, which had been negotiated for months, removes immunity for armed security guards protecting U.S. officials and facilities, as well as contractors involved in the U.S. military's massive supply chain. With contractors falling under the jurisdiction of Iraqi courts, it could become harder for them to recruit new workers and could drive up costs as insurance rates and wages rise to offset the risk of landing in a local jail. The agreement, which could be approved by Iraq's parliament next week, would replace an expiring United Nations mandate covering U.S. forces. The new arrangement would go into effect Jan. 1, about a month before Iraqi provincial elections are set to take place. Iraq's Prime Minister Nouri al-Maliki is pushing for Iraqi lawmakers to approve the deal over opposition from Shiite cleric Moqtada al-Sadr. View Full Image 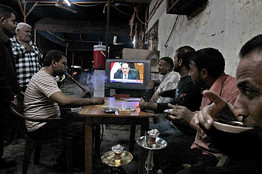 Associated Press Iraqis at a Baghdad cafe watch Prime Minister Nouri al-Maliki call for support for the security pact negotiated with the U.S., which removes legal immunity for security contractors. 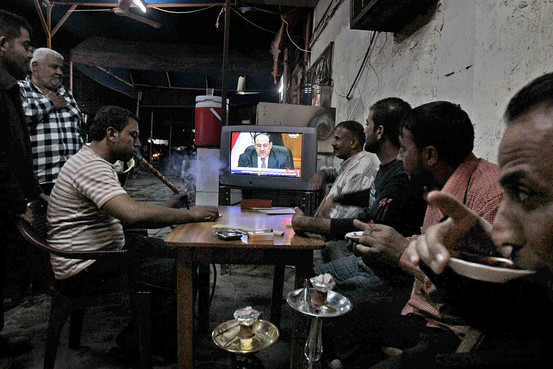 The U.S. military employs almost 90,000 non-Iraqi contractors who do everything from guarding supply convoys to serving meals to soldiers. Those workers, employed by companies such as KBR Inc. of Houston and Triple Canopy Inc. of Herndon, Va., have played an increasingly important support role to U.S. military operations, and their numbers could increase as the U.S. draws down its regular forces. For the incoming Obama administration, the agreement removes one potential political flashpoint with the Iraqi government after complaints the U.S. wasn't doing enough to hold contractors accountable. A September 2007 shooting involving a Blackwater Worldwide security team working for the State Department left 17 Iraqis dead. The Justice Department is still investigating the shooting. While the text of the agreement focuses on Defense Department contractors, the State Department says it also applies to its contractors, such as Blackwater, Dyn Corp International LLC and Triple Canopy. State Department officials are going to meet with the security firms and other State Department contractors Thursday to discuss the situation. The loss of legal immunity for contractors had been expected. Doug Brooks, the head of the International Peace Operations Association, a Washington industry group for security and logistics contractors, said member companies support accountability in Iraq but have concerns about the fairness of the country's legal system. Write to August Cole at august.cole@dowjones.com Copyright 2008 Dow Jones & Company, Inc. All Rights Reserved