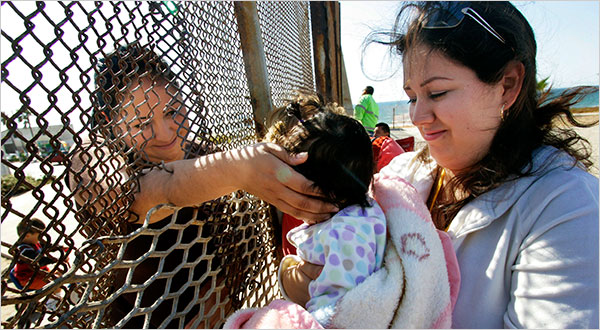 Sandy Huffaker for The New York Times
Through a border fence, Jacqueline Huerta touched her niece, Yisell Martinez, who was held by her sister, Rosalie Martinez. By RANDAL C. ARCHIBOLD Published: October 21, 2008 IMPERIAL BEACH, Calif. — At a time of tumult over immigration, with illegal workers routed from businesses, record levels of deportations, border walls getting taller and longer, Friendship Park here has stood out as a spot where international neighbors can chat easily over the fence.

Friendships at the Border 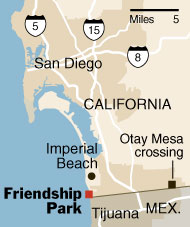