Direct link to this page: https://copswiki.org/w/bin/view/Common/BorderSecurity

This topic includes discussion of the border fence, and the larger issue of border security and immigration reform.

Protects and enforces the laws of naturalization, the process by which a foreign-born person becomes a citizen. The INS (http://www.uscitizenship.info) also tackled illegal entrance into the United States, preventing receipt of benefits such as social security or unemployment by those ineligible to receive them, and investigated, detained, and deported those illegally living in the United States. The INS encouraged relatively free and open immigration during the eighteenth and early nineteenth centuries, and did not question that policy until the late 1830s. Naturalization is the process by which U.S. citizenship is granted to a foreign citizen or national after he or she fulfills the requirements established by Congress in the Immigration and Nationality Act (INA).

Summary of articles submitted (Add | All)

See this clickable map of the border fence. -- http://americanpatrol.com/ABP/SURVEYS/BORDER-2009/SAN-DIEGO/HTML-SAN_/Sector.html We need to work fast on this fence disaster because they are pushing it ahead an egregious assault on the environment. We tried to find out about the project from ALL the elected officials and got nowhere. We found out about the meeting on Jan 17th on about Jan 20th, the one at the convention center. I was told about two dozen people showed up. They also had a meeting in Alpine, but none along the border. The big disaster about this is that even if they complete the fence, there will still be a ten-mile gap, in the most sensitive areas of Marron valley and the sacred Kuchaama mountain. To close those ten miles will be an unprecedented environmental disaster as the Tijuana river winds back and forth across the border area. The current proposal is 5.2 miles of new fence, 4.4 miles extending from the fence at Brown Field and 0.8 miles extending the fence from the existing Tecate fence. There is a big gap in the area of Marron Valley Preserve.

The Marron Valley Preserve consists of approximately 2,600 acres owned and maintained by the City of San Diego Water Department. This area has been designated “Cornerstone Lands” under the City of San Diego Multiple Species Conservation Program (MSCP) Subarea Plan because it is considered an essential building block for creating a viable habitat preserve system. Much of the area is currently leased by the city for cattle grazing, however as part of its designation as Cornerstone Lands, the city would place conservation easements on portions of the preserve, which then can be used as a Conservation Land Bank and sold as mitigation credits to public entities, public utility/service providers, and private property owners doing projects in San Diego County and needing mitigation (City of San Diego 1997). A small portion of the proposed primary pedestrian fence, Pack Trail access road, and one staging area would be within the Marron Valley Preserve near Boundary Monument 250. An additional staging area to be used during upgrades of Monument 250 Road would also be located within the Preserve, east of Mine Canyon Wash. 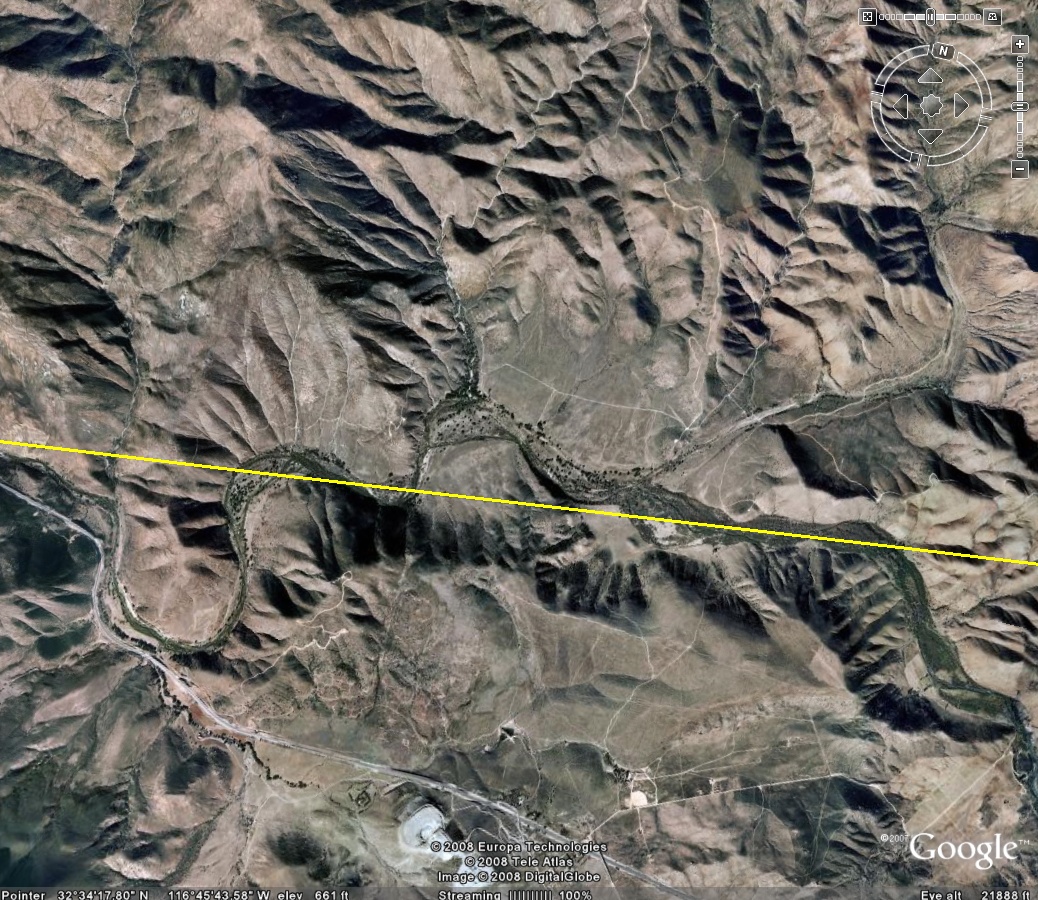 There does not seem to be any discussion of changing Marron Valley Road, however there was suppose to be the document "Monument 250 Road Improvement Project" on this page: http://ecso.swf.usace.army.mil/Pages/Publicreview.cfm

Key Problem (submitted by Raymond Lutz to the NEPA process)

This proposed fence would be difficult to cross and will resist the impact of a vehicle. However, the extent of the fence does not fully span the border. There is a gap in the fence between the western portion (4.4 miles) and the eastern portion (0.8 miles) of approximately ten miles. This gap includes some of the most sensitive portions of the border region, including the Marron Valley Preserve and the Tijuana River. There was no analysis of the displacement of the border traffic into the gap, and putting severe pressure on the preserve areas. The DRAFT ENVIRONMENTAL IMPACT STATEMENT mentioned that "during the 2006 calendar year, the Brown Field Station was responsible for 46,213 apprehensions, or 34 percent of all apprehensions within the USBP San Diego Sector." However, the document did not state how many of these apprehensions were of individuals who had crossed the border in the region of the proposed fence extension, nor did it describe the distribution of crossing traffic volume. Questions: