Citizens Oversight (2010-06-18) Raymond Lutz This Page: https://copswiki.org/Common/M992
Media Link: https://copswiki.org/w/pub/Common/M992/LUTZ_White_Paper_on_Deep_Water_Horizon-with_drawings.pdf
More Info: Deepwater Horizon, Energy Policy
Please note: This proposal is being enhanced to account for suggestions from reviewers. Please see Deepwater Horizon for a consolidation of information about the issues involved and improved proposals. This white paper proposal was submitted to the federal government on June 18, 2010 at this url: https://www.fbo.gov/index?id=a7a590f6e3990f3bbe0af54badb664bb They limit the submission to three pages. See this review of other attempts:
http://www.nytimes.com/interactive/2010/05/25/us/20100525-topkill-diagram.html?ref=us The article does point out that the containment domes they have tried so far are not stoppers, but funnels to let them pump the oil. Their "massive containment dome" was a small structure that would not even large enough to go over the entire riser. From what I can tell in the pictures, the dome has 15 ft fins on the bottom to dig into the mud, and then there is another 18 ft above that. The whole thing weighs in at 100 tons, so I imagine that might be a weight they were comfortable maneuvering at that depth. The riser is 48 feet above the sea floor, so the containment structure was never targeted at covering the entire BOP/Riser. My point is not that I claim to have the last word on the design of a containment structure, but just to point out that they have not been tried, and we should be putting one into place NOW. 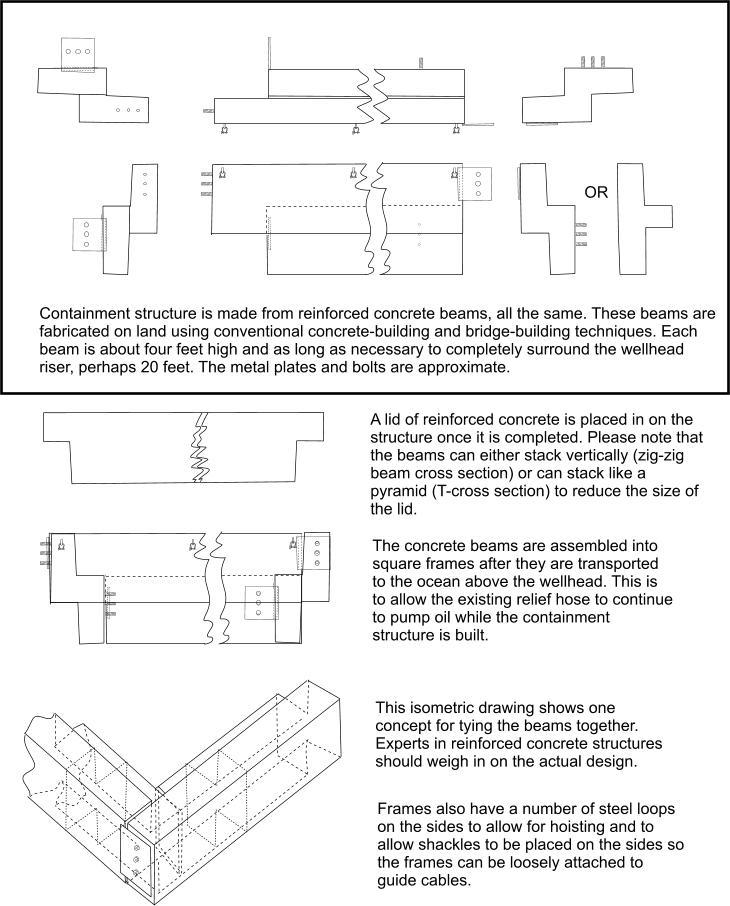 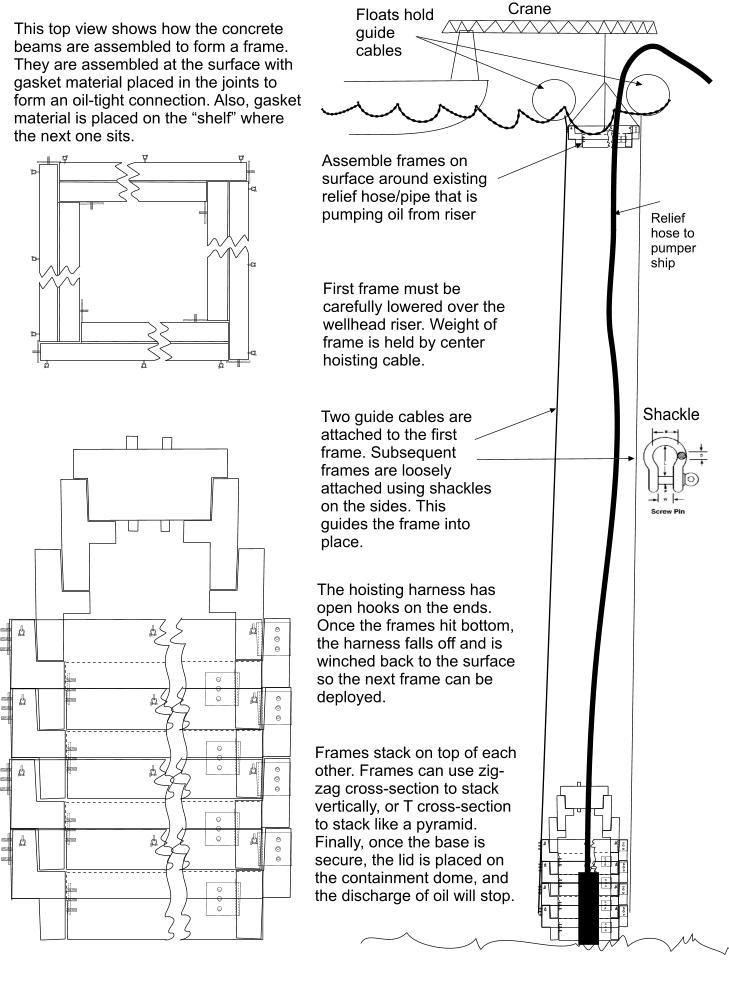 Third pages of drawings, not included in the DHS submission.: 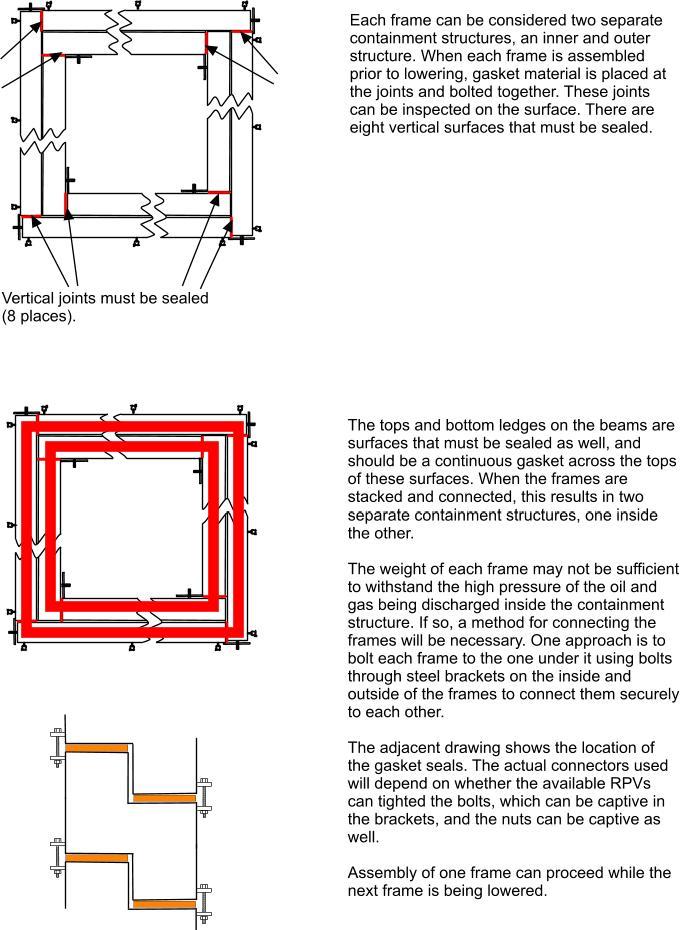