Click to open the web-version of the report.: http://copswiki.org/Occupy/OccupySanDiegoEmailBlast2012May24 2012-05-24 As consensed by Occupy San Diego GA on May 23rd: 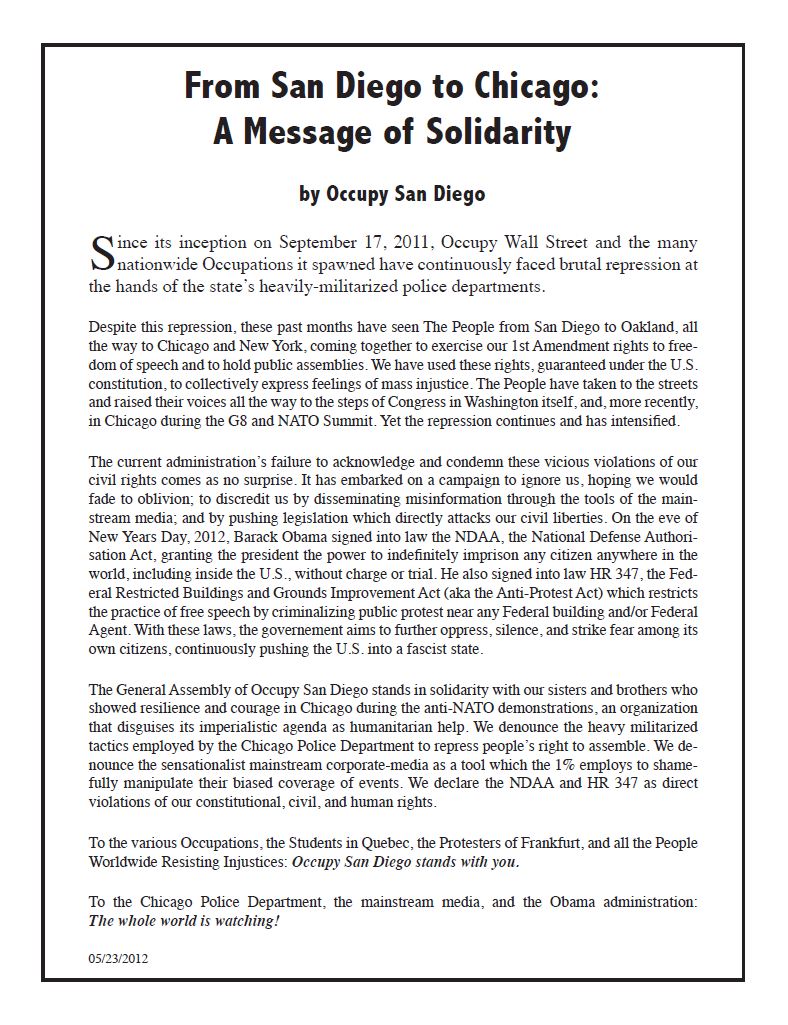 This report is generated from an extraction filter which may pick up irrelevant articles sometimes.

. But mark your calendars now for these!

Occupy Walk has adopted a more practical walking schedule based on walking an average of 15 miles per day, 5 days per week. The additional 2 days off dedicated to outreach activities. FROM: Needles, CA TO:

Things YOU can do right now to help.

POLICE COMPLAINTS Have you been mistreated by the Police? Have your First Amendment rights been violated? Have you been arrested for nothing, only to have the charges "unfiled" but held over your head for up to a year? Lutz suing Civic Center Plaza building owners and operators Project Details
Legal Resources

Links to sites/pages below that are no longer actively updated: